We are sorry to announce that Gerhard has left The Human Pincode. We wish well in all his new life. Gerard no longer practices Human Pincode workshops or consultations. February 14th 2012.
No comments:
Email ThisBlogThis!Share to TwitterShare to FacebookShare to Pinterest
Check What Happened in the Year that you where Born Just Click Here

Johannesburg Consulting Psychiatrist Leif Brauteseth has studied the technique closely.
"This is a most exciting breakthrough in that it is primarily a mathematical construct of human personality and behaviour. The Human Pin Code started out as an equation. Specific behavioural attributes were assigned to each variable in the equation. The ultimate result revealed the range of personality for any specific Human Pin Code. The possible combinations within the Human Pin Code are myriad.
"...I have personally interviewed approximately five hundred subjects and analysed their individual Human Pin Codes, as well as the combined Human Pin Codes of their respective living partners or work colleagues. Without exception, the individuals have been flabbergasted that such accurate information can be derived from the Human Pin Code.
"The overwhelming benefit of adopting this perspective of personality and human behaviour is the undeniable objectivity."
Leif Brauteseth BA MBBCh MMed Psych
Human Pin Code
I have just finished reading the first book . I am completely sold , I must however note that my boyfriend being the sceptic that he is simple raised his eyebrow when I started my excited chatter about what I had found. I guess my point is there is no one science , biblical text or esoteric ritual that will appeal to us , the HPC works for me and I am continuing to find value in it . For me its all about growth and finding material that will assist in the process :-)
Lauren-Lee Raaths, JHB S.A
I heard about Doug's book & science plenty of time after the big bang in South Africa's newspapers & media. it was just one year ago, while I was spending my holiday in cape town, during a dinner with friends in camps bay. the very next day I went to the library to buy that book - although I was quite sceptical (having a 4 in personality, I just had to test it to prove to humanity the contrary, he he). well, on the evening of the same day, I had it already read completely. no trace of scepticism anymore. it really helped me to understand myself and my social environment better. first of all, because lying in the South African sun and enjoying "dolce far niente", I could not even imagine what would be waiting for me after my return at home - I was in the middle of a 4 year. since then I have been infecting all of my friends with the aspects of human pin code and all of them are so amazed about its accuracy. simply stunning.
Farawaysoclose, Europe
THE CITIZEN - Cheek to Chic (The Citizen, 14 February 2004)
Incredible Connection of "ah-toms" and People
by Sarah Cangley (Social Bunny)
"Everything in the world is made up of ah-toms," an eccentric Russian science teacher used to bellow. Being disgracefully uninterested in all things scientific I got zero for most of my tests, but a failure to identify with science nevertheless spurred me into a lifelong quest to find out what makes the human psyche tick. Besides "ah-toms", what were we made of?
I sat with a fellow voyager to the innermost realms of the human psyche, Douglas Forbes - whose best seller Human Pin Code has been piquing public interest - in his lovely Art Deco house with curved bay windows, champagne-coloured cats and parquet floors - and learnt about what he refers to as the "exact science" of pinpointing human personality.
I was in exalted company. Members of the highest echelons of South African society have been beating a path to Douglas's door, since his book came out. He wasn't mentioning any names, but said my jaw would drop if I saw who came to him for advice - mostly of the relationship variety.
The Human Pin Code, he says, is a template of one's personality. Based on the birth date of each person, it is like an imprint of a person's character, and each Pin Code is unique. With the combination of one's parents' birth dates, an even more accurate portrait of each person can be painted.
Strange to think that a set of numbers, such as the date, the month and the year of one's birth, can reveal so much about a human being.
His reading of me initially fell on stonily sceptical ground: sociable, yes (obviously); easygoing, no; bossy, yes very much so; a perennial Peter Pan, yes. It was nothing I wouldn't have read in Linda Goodman, but then I didn't go there for a personal reading.
I was more interested in how it worked, why it worked, and why all these high-falutin' people were swearing blind by this new method.
In his website www.humanpincode.com, Douglas says that each number in a Pin Code has ten "active" and ten "reactive" attributes, which are like "tools in a personality toolbox".
"By knowing which tools we have, we can understand how our personality functions, and thereby make choices on how we wish to live. It is a system of analysing the individual personality, how that person will respond to others and to their journey through life."
Most of us hide behind smoke and mirrors, thinking others cannot read our true thoughts or feelings. But using the Pin Code method, says Douglas, makes a person's true nature emerge sharply as though through smoke.
"Fear is humans' number one enemy. When you live your truth, only then are you truly liberated. When we truly understand ourselves, we become tolerant and when we become tolerant and accepting of each other, tolerance leads to love."
And that, besides atoms, is what human beings are truly made up of.
2 comments:
Email ThisBlogThis!Share to TwitterShare to FacebookShare to Pinterest
The Magic of Number
Early philosophers discovered that dividing the distance around any circle--its circumference--by its diameter (distance across the circle) invariably resulted in the number Pi: 3.14159265. From this it became possible to determine the circumference of any circle by measuring its diameter and multiplying this by Pi.
No comments:
Email ThisBlogThis!Share to TwitterShare to FacebookShare to Pinterest

Connecting and Sending And Receiving of Emails

Hi all - we are currently experiencing difficulties with the sending and receiving of emails from this site. If you do not receive a response within a day or so, please either call, send an sms, or leave a message on 082-213-8148 or 011-487-0984 and we will get back to you as soon as possible.
No comments:
Email ThisBlogThis!Share to TwitterShare to FacebookShare to Pinterest

“The meeting of two personalities is like the contact of two chemical substances; if there is any reaction, both are transformed.”
Carl Gustav Jung

“There are two great days in a person’s life …
The day we are born
and the day we discover why.”
William Barclay
2 comments:
Email ThisBlogThis!Share to TwitterShare to FacebookShare to Pinterest

We are having 1st level workshop on How to analyse Pincodes in Depth on 1,10 & 17 September its R2500 Snacks and Beverages are included With a full meal at Lunch time. And your Workshop Manual It will be held at 's Office. , , Observatory. Opposite Sacred .
We also have workshops during the week for the people who cant do the workshop on weekends. Please Notify us which weekdays suit you best then ill check our dairy? The Nostradamus vs. Revelations Book written by Douglas Forbes is available. DNA Pincode Book is being Launched May 2011 in Netherlands, Belgium,
Please email: douglas@douglasforbes.com for information on costs.

2 comments:
Email ThisBlogThis!Share to TwitterShare to FacebookShare to Pinterest

DNA Pincode Book is being Launched May 2011 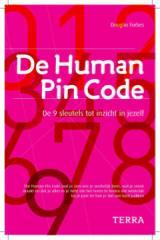 DNA Pincode Book is being Launched May 2011 in Netherlands, Belgium, Luxembourg. Dublin Ireland:17-23May, Berlin Germany: 24-27May, Turkey Istanbul: 28May-12June. To inquire about Workshops and Consultations Contact us at douglasfrbs@yahoo.com
4 comments:
Email ThisBlogThis!Share to TwitterShare to FacebookShare to Pinterest
Older Posts Home
Subscribe to: Posts (Atom)